If you are in any doubt, Lee is a wanna-be-author.

Lee quit the corporate world in late 2017 to write full time.  Before that, he was the strategic lead for some of the U.K.’s most iconic brands including Saga, the AA, and Immediate Media – the parent company of the Radio Times and Top Gear Magazine. In 2015 he was the co-founder of Kappu (kappu.earth), an Internet start-up focusing on peer-to-peer learning. Before all that though, he was (and probably still is, at heart) an engineer.

En route, he somehow managed to acquire a BSc, MBA and a Doctorate and is an advocate of life-long learning. (So, yes, it is Dr Lee.)

Heavy workloads didn’t leave much space for writing prior to 2017, but since 2012, Lee’s been scribbling. Initial success came through the H.G. Wells Short Story Competition who shortlisted and published Class in 2013 and then Flight in 2015. Both are available in the free stories section. Encouraged by this, his focus began to shift away from the 9-5 grind and towards thoughts of a more realistic work life balance based around writing. 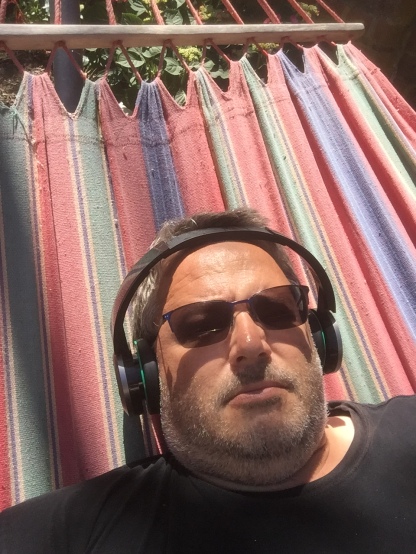 Over 2014 and 2015 Lee worked part-time on the initial draft of his first novel, Waterguard. Then, it went into his virtual desk draw. A victim of first-novel syndrome? Perhaps its time will come? One day.

The urge to focus entirely on writing was finally realised in late 2017. Since then, Lee has been scribbling full-time* and can now truthfully call himself a professional author; having been published multiple times for real pound notes (admittedly of very small denomination).

You can find the links to many of these stories in the Free Stories and Publications sections.

Lee’s initial focus was on historical horror for his first novel and several of his short stories / flash fiction pieces, but has expanded to experiment with speculative fiction and more literary fiction.

His current work in progress is the nearly-finished, darkly-humorous ‘Lodger’—which tells the story of Michelle Nuffin, a painfully middle-class girl in the Home Counties who grows up with a dead French philosopher living in her head. Key themes are around mental illness, power structures and the threat of invasive technologies.

Coming right up to date, Lee has again been shortlisted by the HG Wells Short Story Competition with Ham, Egg and Chips which will be in the 2021 anthology Masks to be published in late November.

Lee lives in Thanet, on the North Kent coast, from where he takes much of his inspiration. Outside of writing, he’s a happily married man (strange to say, these days) and dad to two full-grown kids. His other loves include an eclectic music collection, the odd bit of strategic computer gaming, a wide interest in technology and tinkering with his car.

Lee is keen to hear constructive feedback – please feel free to write via the Contacts page.

Naturally, he’d be super-keen to hear from any agents or publishers that might wander by!

If you are desperate to hear a bit more about Lee, check out his recent interviews on the Media page.